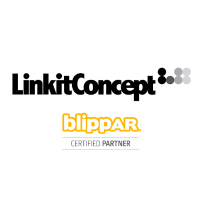 According to its most recent update on the impact of counterfeiting within the EU, the Union’s Intellectual Property Office (EUIPO) estimates that the loss of direct sales in the key sectors of cosmetics & personal care, wines & spirits and pharmaceuticals, is almost €18 billion (with all sectors accounting for €50 billion). Fakes account for around 14% (€9.5 billion) of total EU sales for cosmetics and personal care, 2.5% 0f pharmaceuticals (€6 billion) and more than 5% of wines and spirits (€2.3 billion). See 2020 STATUS REPORT ON IPR INFRINGEMENT

In addition to these direct losses the amount of missing revenue through lost tax, duty or employment/company taxes due to EU governments could be as high as €15 billion, according to EUIPO. These do not take account of the health and safety risks and any subsequent costs associated with sickness caused, or the expenditure on uncovering these fake products.

With cheaper production methods and improved technology, counterfeiters have moved into the production of everyday goods including, vitamins, shampoo, toothpaste, cosmetics and batteries for laptops and mobile phones. Even low-cost items such as laundry detergents are now counterfeited.

Particularly for SME’s the cost of dealing with IPR infringement is high and presents a significant barrier to using them. To help companies fight counterfeits EUIPO launched its IP Enforcement Portal in 2019. This has concentrated its enforcement tools under one portal with one sole access. The Portal encompasses the functionalities of the former Enforcement Database (EDB), as well as the ACIST (Anti- Counterfeiting Intelligence Support Tool) and ACRIS (Anti-Counterfeiting Rapid Intelligence System) databases.