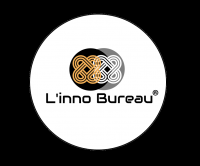 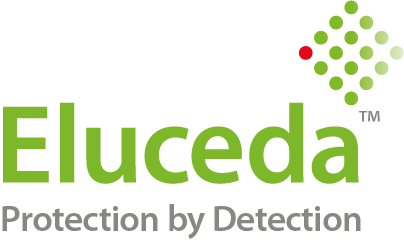 Three stories which have appeared recently highlight the importance of Augmented Reality (AR) technology for big Brands in their marketing and messaging campaigns these days, according to reports in Industry Intelligence.

Pizza Hut has launched limited-edition boxes that allow customers to play an AR version of Pac-Man by simply scanning a QR code with their smartphone. When players share their scores on Twitter, they will be entered into a sweepstakes to win a custom Pac-Man game cabinet.

“Pac-Man's design and creation was inspired by the shape of a pizza with a slice taken out of it, making this partnership so appropriate for the Pac-Man brand,” said Yutaka Fuse, head of licensing and branding at Pac-Man maker Bandai Namco Entertainment. The Pac-Man boxes are just one part of a wider ‘newstalgia’ campaign. Pizza Hut will also be bringing back favourites of its past, including Book It! pins, red cups and classic menu items, says the report.

Next a ‘ground-breaking’ concept is rolling out to the USA craft beer industry. It enables consumers and producers to connect through product packaging - with brewpubs and taprooms set to benefit. BEERSCANS™, is an AR platform, delivering a unique virtual customer experience.  It enables brands to 'virtually link' content to their packaging, accessed via a smartphone scan.

According to Dave Chaffey, founding partner, the purpose of BEERSCANS™ is to enable brewers to deliver unique, “shareworthy” experiences to consumers from their beer cans and bottles, anywhere in the world. "It's a stunning display. A lot of times, people just stare trying to take it all in.  Imagine looking at a beer can and noticing that it's slowly getting darker, all by itself. This is a can, just in front of you, almost black and then all of a sudden, it lights up - the surface of the can is playing a video about the brewer, running 360 degrees around the can," he explains.

Aside from the technology, Chaffey says that the main focus is delivering an authentic experience for consumers. "Right from the start, we've focused on answering the question what's in it for the consumer? Where is the next level of value? Ultimately, it led us to a concept where consumers are challenged to discover the story behind their favourite beer, the people, places, processes," he said.

“The response has been overwhelmingly positive, so we fast-tracked on that basis. Craft beer will be leading the way – only the second industry world-wide.” he continued. BEERSCANS™ will roll out from July, with the initial launch limited to just 50 brands. Chaffey is encouraging brewers and business owners to visit the BEERSCANS™ websiteto learn how to become part of the initial launch.

Also the themes have been introduced to Winerytale, (a similar concept, modified for the Wine Industry) currently rolling out to Californian wineries.

Finally, to mark its 100th birthday, White Castle, the USA's first fast-food hamburger chain, will mark the occasion with a number of events. While March 10 marked the actual day Billy Ingram and Walter Anderson started their business, the company will honour reaching one hundred by celebrating all year long with special events, fun promotions and new menu items.

Part of the festivities are a series of AR soft drink cups – in collaboration with Coca-Cola, a partner since 1921, White Castle has introduced a set of three collectible cups. Designed by Columbus artist Bryan Moss, the cups come alive with sound and motion when viewed through a smartphone. Each cup features a different time period in White Castle's history, including notable milestones for the company. Today it owns more than 360 restaurants in 12 markets and plans to open a new one in Orlando this spring, which will be its largest outlet to date.