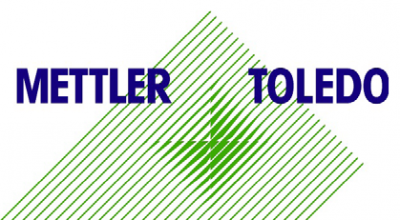 Nestlé will shortly launch a new Smart Seas special-edition of its confectionery brand Smarties in Europe.It comes in paper packaging with a theme of marine animals, available in four different designs, according to a report in Industry Intel. By scanning the packaging's QR code with a mobile phone consumers can bring marine animals to life via an augmented reality (AR) feature.

The company encourages the consumer to ‘Immerse yourself’in the underwater world at home and learn a lot of interesting factssimply by scanningthe QR code. Chocolate lentils in a bag is a new format which complements the range during the campaign period.

This follows the successful campaigns in specific markets of Smarties packaging which have featured Unicorns, Llamas and Mermaids. These special editions have proved hugely popular with Smarties fans. Nestlé has also seen success with products made up of purely orange Smarties and seasonal editions like ‘Scaries’ for Halloween and an Easter egg version of the popular Unicorn variant.

For the latestSmarties campaign, “Lovers of the colorful chocolate lentils can immerse themselves in the world of the seas - from the comfort of their own home,” says the company. The iconic confectionery brand is only on offerin  the “Smart Seas” special edition from July to August 2021, in selected European markets. The packaging thematically picks up on the world of marine animals with the four different designs.

For the diving tour, explorers simply have to scan the QR code. With the help of the augmented reality function, the mobile phone camera merges the virtual with the real world and brings marine animals to life. In this way, these undersea ‘explorers’ can learn more about different ocean dwellers in a playful way, claimsNestlé. The knowledge acquired can be tested by the freshly trained ‘marine experts’ in a quiz.

Just in time for the start of the “Smart Seas” campaign, consumers will find a new format on the shelves. During the promotional period, the chocolate lentils are also available in stand-up pouches. Like the entire range, the new product variant is wrapped in recyclable paper packaging which can be disposed of sustainably.

In addition, from now on, the Nutri-Score will appear on the front of the packaging of all Smarties variants. The first products from Choco Crossies, Choclait Chips, Lion and KitKat already carry the extended nutritional labeling in the Nestlé confectionery sector. In the course of the year, many other brands and products from its confectionery range will show the label.